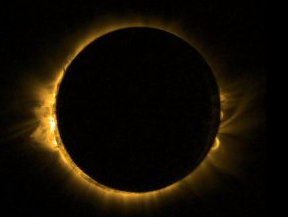 Do you think that this just might have been the weirdest offering that God ever received? Five gold tumors and five gold rats! I'm not making it up. Check out First Samuel 6, which I happened to be reading last evening.

A little background ... Israel was at war with the Philistines. Israel brought the Ark of the Covenant into the battle. The Philistines were afraid of the ark, because they understood that it represented the power of Israel's God - so they fought with everything in them and managed to capture it. With the ark in their possession, they dragged it into one of their five primary cities, Ashdod. And not just into the city, but into the temple of their god Dagon. They "set it up beside Dagon" (First Samuel 5:2). The God of heaven and earth was not amused.

The next morning Dagon had fallen facedown - as if kneeling before the ark of the Lord. The Philistines propped him back up. And the next morning it happened again, only this time Dagon's head and hands were severed. Then a plague of tumors broke out among the people: "the hand of the Lord was heavy against the people of Ashdod" (First Samuel 5:6). As the Philistines moved the ark from city to city in an effort to survive, the tumors would spread among the people wherever the ark landed.

So the Philistines finally decided to send the ark back to Israel, albeit a bit strangely. They put it on a cart and made two cows pull it. I'm not making this up. Here's how they reasoned: if the cows pulled toward Israeli territory, it was God's punishment; if the cows took off some other way, then this had all been a terrible mix-up "by coincidence" (First Samuel 6:9). Again, I am not making this up!

Where did the golden tumors and rats ("images of ... tumors and images of ... mice that ravage the land") come in? The Philistines put these items in a box on the side of the ark as a guilt offering. Just in case.

Wow! I can barely process this account from the Scriptures. I'm not surprised by God's judgment in the form of plagues. What does shock me is how the Philistines at times feared Israel's God more than Israel did. Sometimes I see this lack of fear in my own soul, and sometimes I see it in the evangelical culture at large, and sometimes I see it in my nation. As bitterness divides America, and spiritual darkness encroaches, I grieve over the petty things which seem to occupy the time and attention of the church.

I'm also fascinated by the fact that the Philistines - though they personally observed the wrath and devastation of the Lord - kept insisting on their own inferior god. They knew that God was God enough to feel obliged to appease Him - "just in case" - but they would never bow before Him as Sovereign and Supreme.

Whether it's Charlottesville or Spain, you and I don't need to look very far to see that our world is in a heap of trouble, friends. Whether the attackers ride the wave of white supremacy or ISIS caliphate, there is no peace without Christ. Will you and l lift His banner high for such a time as this, or will we pretend not to know that "none is righteous, no, not one" (Romans 3:10). That passage goes on to say: "There is no fear of God before their eyes."

As this once-in-a-lifetime solar eclipse approaches the Paducah area, my prayer for us is that we will see beyond the glory of the heavenly bodies to the Creator of it all: Jesus is Lord! No cheap substitutes. No second best. No idols - golden or otherwise. Not to us, O LORD, not to us, but to your name give glory, for the sake of your steadfast love and your faithfulness (Psalm 115:1)!