Can God turn your weakness into strength? 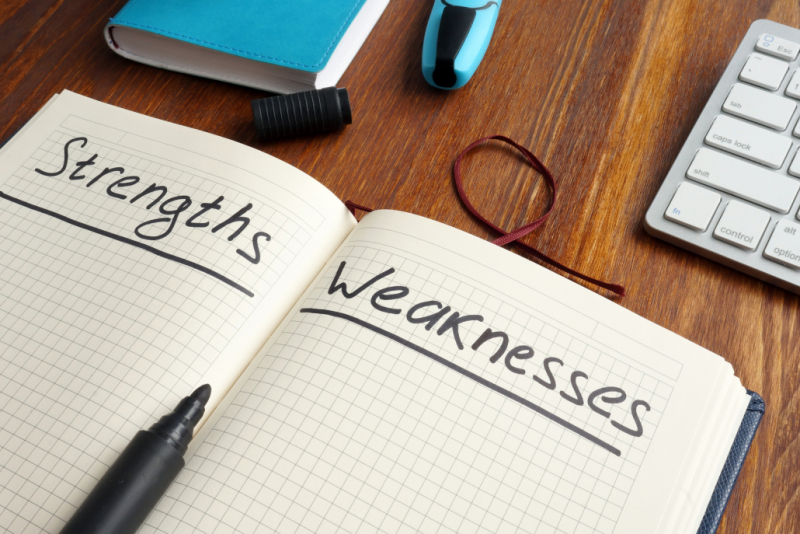 I'm so glad God can turn our weakness into strength. Throughout the Bible, great men of faith battled weakness just like we do. Joseph, who was second in command under Pharaoh, had a weakness that showed up in his young years and continued into his years as a leader over all the Egyptians. Joseph was a bragger and it turned his brothers against him. Many times, he didn't use wisdom, but in the end his weakness was turned into strength. His wisdom saved not only his family, but kept the Egyptians alive during seven long years of famine.

There are six little words in Hebrews 11:34 that can change your life. The writer says, "(They) quenched the violence of fire, escaped the edge of the sword, out of weakness were made strong, waxed valiant in fight, turned to flight the armies of the aliens."

Some of the "faith heroes" in Hebrews 11 were Gideon, Barak, and Japhthah. What do we know about them? First of all, Gideon's story showed he was a faithful, hard worker, and a creative thinker. The Bible said he was afraid, but instead of shrinking back in fear he built an underground threshing floor where he could work and hide his wheat from the enemy. That's where God's angel found him. The angel told him to go fight a fierce army that had oppressed Israel for 20 years and were now trying starve them to death by taking their grain, sheep, and cattle. (Judges 6-7). This is where Gideon's weakness was glaring. He told the angel, "I am nothing. I'm the least of my entire family". Gideon lacked self-confidence and was fearful. In the end, he became a Judge over Israel and mighty warrior winning many battles.

Then, there is Barak. He had the same weakness: no confidence in himself and no trust in God. He told a woman, Judge Deborah, he would not go to battle unless she went with him. She had given him 10,000 warriors, but he still said, "No. I won't go unless you go with me". Barak's weakness was not believing God would do it for him. He thought he had to have Deborah with him to get the favor of God.

Japhthah is one of saddest stories in the Bible. You'll find his story in Judges 11. First, he was cast out by his family because he was the son of a harlot. Years later when they needed him, they came looking for him. By this time, he had become a man who didn't trust people, had lived a life of feeling rejected, and ultimately felt like he had to make a bargain with God to get his favor. Even though he was a great warrior, he thought he had to "work to get God's favor". He promised God if he would help him win, "whatsoever comes from the doors of MY HOUSE to meet me when I return in peace - I will offer as a burnt offering to you. It was his own young daughter who met him. He was heartbroken. The sad thing is that he didn't have to make that vow. God was with him already, but he felt he had to give something extra to God to get his favor.

And, then there is Paul. Paul is another whose weakness was turned into strength. Speaking of himself he said: "And I was with you in weakness, and in fear, and in much trembling" (I Cor 2:3).

The Bible never tries to hid the weakness of the "mighty men of faith", but what about ours?

I believe when we ACKNOWLEDGE our weakness, and pray about it asking God to help us learn to manage our time better and learn the skills and attitudes of self-discipline, then God has material to turn our weakness into strength.

In the book of James, you'll find where he says to talk about our weakness with our Christian brothers and sisters. Don't ignore or deny your weakness. We can't work on a weakness, if we won't even admit we have one. Be specific: I'm lazy. I procrastinate. I tend to stretch the truth to make it more interesting. I find myself complaining about church people. I'm a perfectionist and that causes problems in my relationships. I tend to be addicted to things so I have to watch what I allow and who I run with. As you know, an alcoholic has to admit he's an alcoholic in order to recover.

Our past, if given to God, only makes us more useable. Your weakness can be turned into strength. God has proven that over and over. Don't be ashamed of your weaknesses. Admit them. Discuss them with believers when it's the right time and trust God to use your fears, past mistakes and current struggles to heal and restore - so we can help someone else heal and be restored.