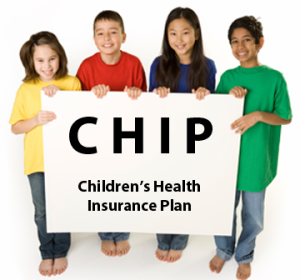 By Jacob Dick
The Messenger-Inquirer

As Kentucky health advocates extol data showing children in the commonwealth are increasingly covered by health insurance, some experts are highlighting issues that could undercut those recent gains.

In mid-September, data released from the U.S. Census Bureau showed nearly 97 percent of children under the age of 19 had health coverage in 2016. An estimated 37,000 children were insured since 2013.

Those gains have been credited by groups such as the Medicaid and CHIP Payment and Access Commission to policies that are facing scrutiny by lawmakers and state executives.

Terry Brooks, executive director of Kentucky Youth Advocates, said the commonwealth should be pleased that children in the state are benefiting from care that can enhance their lives but shouldn't forget about challenges to maintain those gains.

"We know that health is a cornerstone for children's overall well-being, and you can't separate the status of children's health from how they do in school," Brooks said. "While the news is good for a state that rarely hears anything positive when it comes to health, we can't ignore challenges."

One of the challenges Brooks mentioned was the impending deadline to extend the Children's Health Insurance Program (CHIP), which provides coverage to about 100,000 Kentucky children. CHIP provides insurance coverage comparable to Medicaid for youngsters up to age 19 and pregnant women with an income limit about $20,000 higher than the Medicaid limit for a family of four.

CHIP was signed into law in 1997 at a time when comprehensive health care reform had failed in Congress and President Bill Clinton was facing impeachment. Massachusetts Sen. Edward Kennedy, in a partnership with current Senate Finance Committee Chairman Orrin Hatch, authored the bill and earned a reputation as the Senate "odd couple."

CHIPs reauthorization has been considered a recurring bipartisan agreement, but the Senate currently only has four days to approve an extension before the Sept. 30 expiration because of a last-ditch effort at passing a repeal of the Affordable Care Act.

Brooks said allowing the program to expire for any amount of time would be devastating for states determined to continue covering children.

"Even if legislation is brought up to address initial concerns, states will be expected to pick up the gap until however long it takes to reinstate CHIP," Brooks said. "This isn't loose change."

Kentucky is expected to exhaust its funds for the program known as KCHIP between January and March 2018, according to a survey of Medicaid officials conducted by the Kaiser Family Foundation. Nine states would exhaust funding in October to December of this year.

If CHIP is extended in time to avoid payment issues, the details of the reauthorization could also affect the impact of KCHIP in the commonwealth.

The federal government currently pays for about 93 percent of KCHIP after a matching enhancement from the ACA. Under extension legislation drafted by Hatch and Oregon Democrat Ron Wyden, funding would be eventually reduced to 73 percent by 2022.

Brooks said the idea of placing increased responsibility on a financially strapped state would be "worrisome" with an increased chance care providers accepting KCHIP would have to make up the difference in the reimbursements they receive from the state.

Suzanne Craig, program manager for the Community Access Project at the Green River District Health Department, said her department has enrolled thousands of children in the seven-county health district over the last four years who were now receiving regular checkups and immunizations because of the program.

Craig said the health department would continue to provide services for children even if the state was unable to provide the same amount of reimbursement for services rendered.

"Regardless of what happens with reimbursement, we are dedicated to provide services," Craig said. "The core of what we are doing for children and families wouldn't change."

Forty-eight states, including Kentucky, have made plans for their 2018 fiscal budgets that include the expanded rate of federal CHIP payments outlined by ACA.

Craig said she and other staff in her office have heard concerns from local people about changes in policy, but enrollment services and the department will continue to provide assistance.

"We hear people concerned they will no longer have coverage if there are changes in the state," Craig said. "If something happens, we will do our best to help them navigate those changes and provide whatever care we can."

More information about KCHIP programs, eligibility and other state initiatives for children can be found at https://kidshealth.ky.gov.