Faith can be shock and awe 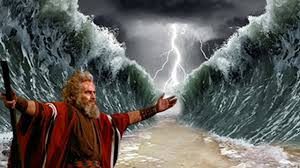 Manna doesn't accidentally fall from the sky and water doesn't just rollback to create a highway. Faith can be shock and awe. Hebrews 11 details what has become known as the Hall of Faith. It gives us Old Testament stories of 'real life' people who endured controversy, conflict, casualty, some who championed a cause and lived - others who died in the fight of faith "knowing they would receive a greater resurrection and reward.

Faith is a gift from God - not a 'skill set'

An individual taking credit for the miracle by amplifying their level of faith empowers the ego, but not the eternal. That makes faith a "skill set" and humanizes the supernatural process. That philosophy projects a false pretense of, "I'm better than someone else because I received a divine miracle and they didn't". That's just not true. Faith is a gift from God, not a skill set.

Honestly, not to be offensive there are some in the faith movement who actually operate from a humanistic belief system (although I don't think it is intentional); however, they make 'the human' the focus of faith instead of the sovereign will of God. It's always biblical to pray "thy will be done". Matthew 6.

Faith is a gift from God, but to be clear I do believe in natural methods or medicines working together with the supernatural. God can use whatever the circumstance calls for.

He can create something out of nothing or take mud and spit and form eyes. That's actually a miracle in the Bible. I have a teaching, "Faith and Figs" which highlights the storyline of Hezekiah. You can read the scenario in 2 Kings 20. Faith is trusting God no matter what. Period.

I'm not an 'old timer' by any stretch of the imagination' however, there is a big difference between the abstract (what I think I see) and reality (what really is) and how 'spiritual protocol' defies natural order to produce supernatural results!

A miracle is the supernatural invasion of the natural. (Material minus time, minus space). A miracle is the divine working in concert with human obedience to the order of established principles of faith.

Theologically, it is an event or affect contrary to the established constitution of things, or a deviation from the known laws of nature. It's supernatural sovereignty.

Faith is shock and awe

When reading the Bible you'll learn that sometimes faith is shock and awe. It defies nature.