No. 1 milk company declares bankruptcy amid drop in demand 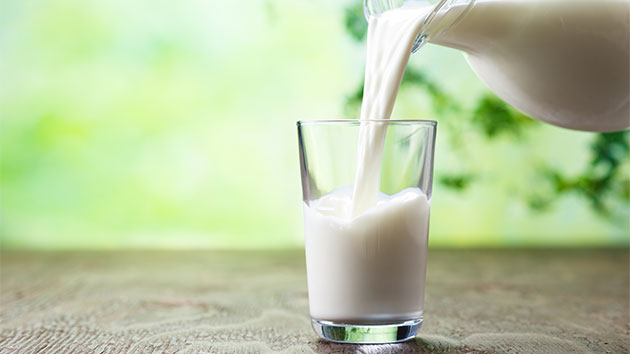 By MICHELLE CHAPMAN and DEE-ANN DURBIN

Got milk? Increasingly, Americans don't, and that led the nation's biggest milk producer to file for bankruptcy Tuesday.

Dean Foods blamed a decadeslong drop in milk consumption that has seen people turn to alternatives like soda, juice and almond milk.

The Dallas company said it may sell itself to the Dairy Farmers of America, a marketing cooperative owned by thousands of farmers.

"Despite our best efforts to make our business more agile and cost-efficient, we continue to be impacted by a challenging operating environment marked by continuing declines in consumer milk consumption," CEO Eric Berigause said in a statement.

Since 1975, the amount of liquid milk consumed per capita in the U.S. has tumbled more than 40%. Americans drank around 24 gallons a year in 1996, according to government data. That dropped to 17 gallons in 2018.

An increasing variety of beverages, including teas and sodas, has hurt milk consumption. So have protein bars, yogurts and other on-the-go breakfasts, which take the place of a morning bowl of cereal.

Oat milk, for example, saw U.S. sales rise 636% to more than $52 million over the past year, according to Nielsen data. Sales of cow's milk dropped 2.4% in that same time frame.

Not all dairy products have been affected. U.S. butter and cheese consumption is up since 1996, for example.

"We're eating our dairy, not drinking it," said Mark Stephenson, director of dairy policy analysis at the University of Wisconsin-Madison.

The downturn has had an outsize effect on Dean Foods, which derived 67% of its sales from fluid milk last year, according to its annual report. The company has lost money in eight of its last 10 quarters and posted declining sales in seven of the last eight.

Dean employs 16,000 people and operates 60 processing facilities across the country. On any given day, it is running 8,000 refrigerated delivery trucks on U.S. roads.

It supplies milk for its own brands, like Dairy Pure, Meadow Gold and TruMoo, as well as store brands. One big blow came last year, when Walmart opened its own milk processing plant in Indiana.

Dean said it will continue operating normally while it puts its finances in order under Chapter 11 bankruptcy. It has lined up about $850 million in financing from lenders.

The bankruptcy filing comes at a difficult time for dairy farmers, who were already struggling with low prices because of oversupply.

Linda Ceylor and her husband, Gerald, operate an organic farm near Catawba, Wisconsin, where they milk fewer than 50 cows and raise heifers.

Ceylor said Dean Foods' woes mirror what smaller producers are facing. She said the most hurtful part is watching young people go out of business, including three neighbors in their 30s.

"All they ever wanted to do is milk cows, and all three of them said they can't do it anymore," Ceylor said. "That's like watching your grandchildren go through a massive problem you can't do anything about. There's really no other choice for them to make."

Darin Von Ruden, president of the Wisconsin Farmers Union, said he is concerned about Dean Foods selling itself to Dairy Farmers of America.

"That's two of the five biggest companies in the country, and when you start looking at that kind of consolidation, is that good for producers? The answer is probably no," said Von Ruden, who is selling his dairy operation to his son.

Dean is already a product of consolidation. It was bought by Suiza Foods Corp. in 2001. The new, larger company assumed the Dean name and bought several other milk producers.

Stephenson said that left Dean with a large number of aging facilities. At the same time, it sold off some non-dairy brands, like TofuTown, becoming less diversified.

Stephenson said Dean was also slow to innovate. He cited growing sales of Fairlife milk, a Coca-Cola Co. brand that is lower in lactose and higher in protein.