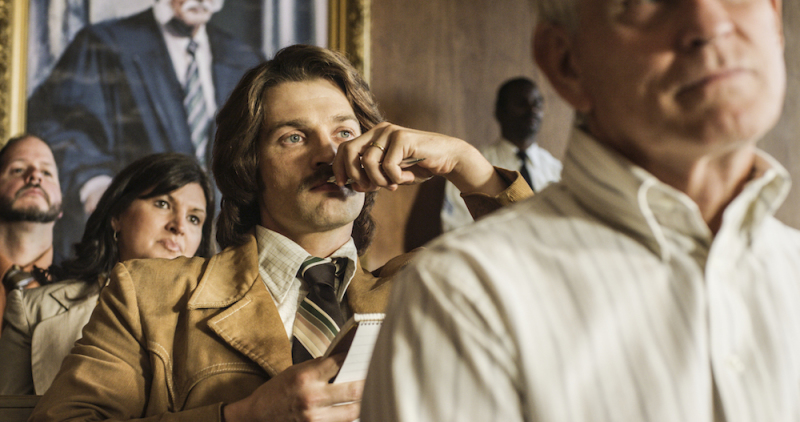 Series on the Case for Christ

As the younger generation grows up, Christian's are going to be faced with some tough questions that they better know the answer to. Questions like, "Why is there so little written about Jesus in history? Which version of how the world began, should we believe?" You will hear statements like: "I don't believe in God.And, there may be a God, but if there is why do so many people around the world suffer?"

How do you answer these questions? Do you just flatly tell them, "You should believe because the Bible says you should - and that's that? Or, do we give them an answer that will give them something to think about and to satisfy their questioning minds?

For the next few weeks we are going to discuss "The Case for Christ". You are encouraged to send me your questions and comments at leneave2@comcast.net. With all the archeological evidence that is being found there is more and more proof for the questioning mind to consider the Creation story which I believe is truth. I know several young people who are grabbling with the God question and my hope is that this series will answer some questions.Maybe it's because the Church is not talking as loudly as the world, but kids today do not believe everything they are told. They want evidence. I want to inject here that "faith is the substance of things hoped for and the evidence of things not seen" (Heb 11:1). God gives us faith to believe in what seems impossible.

When they tell us they don't believe in God, what do we tell them? In the Bible, Paul said, "Walk in wisdom toward those who are outside, redeeming the time. Let your speech always be with grace, seasoned with salt, that you may know how you ought to answer each one" (Colossians 4:5-7 NKJV).

The Apostle Peter said, "But sanctify the Lord God in your hearts: and be ready always to give an answer to every man that asketh you a reason of the hope that is in you with meekness and fear" (1 Peter 3:15 KJV).

As we go through The Case for Christ we'll discover the biography of Jesus was written before He was born. Who else has that happened to? No one.

Old Testament prophecies predicted the city He would be born in (Micah 5:2); it foretold His Name (Isaiah 7:14); and what He would do while in the world (Isaiah 61:1,2). Jesus clearly said those prophecies were about Him. He quoted Isaiah 61:1, 2 and then "closed the book, handed it to the minister, sat down and said, 'This day is this scripture fulfilled in your ears" (Luke 4:18-21).

Jesus actually is talked about in ancient history, which solidly backs up the Bible. Following are some ancient sources that mention Jesus:

In Book 18 of the Antiquities, 63-64, Josephus a Jewish historian who lived during Jesus time wrote: "About this time there lived Jesus, a wise man, for he was a performer of wonderful deeds, a teacher of such men as are happy to accept the truth. He won over many of the Jews and many of the Gentiles. When Pilate, at the suggestion of the leading men among us, had condemned him to the cross, those who had loved him at the first did not forsake him; and the tribe of Christians, so named from him, are not extinct to this day.'" (http://www.facingthechallenge.org/josephus.php)

Tacitus - A Roman Historian wrote about Nero's hatred for the Christians. He said the name 'Christian' comes from the name of 'Christ' who is the founder of the Christian religion. Scholars say all the details that Tacitus give matches the details in the Bible. (http://www.christian-faith.com/html/page/did_jesus_exist)

Pliny the Younger, a governor in those days, wrote that there was a new sect of people called Christians. He talks about how the Christians sang praise to their leader, Christ. Pliny the Younger, Letters 10.96 (http://www.christian-faith.com/html/page/did_jesus_exist)

The truth is, Jesus has been debated for centuries, but His name and power can't be disproved. Paul said Apollos, who was a disciple, an eloquent man, and mighty in the scriptures, debated the Jews publicly. Paul says Apollos "publicly proved by the scripture that Jesus was the Christ." (Acts 18:28) You can do the same thing. The evidence for Jesus is too compelling to ignore and we must pass it on to our children and our children's children.

Jesus IS written about in history, but most young people won't look up those old writings of antiquity. Like so much of the world's history that's disappeared, if we don't pass the truth on, writings of these old historians will be washed away with time and will be forgotten by the general public. As we begin our Case for Christ series, I hope you'll send me your own experiences with Christ and why you believe.