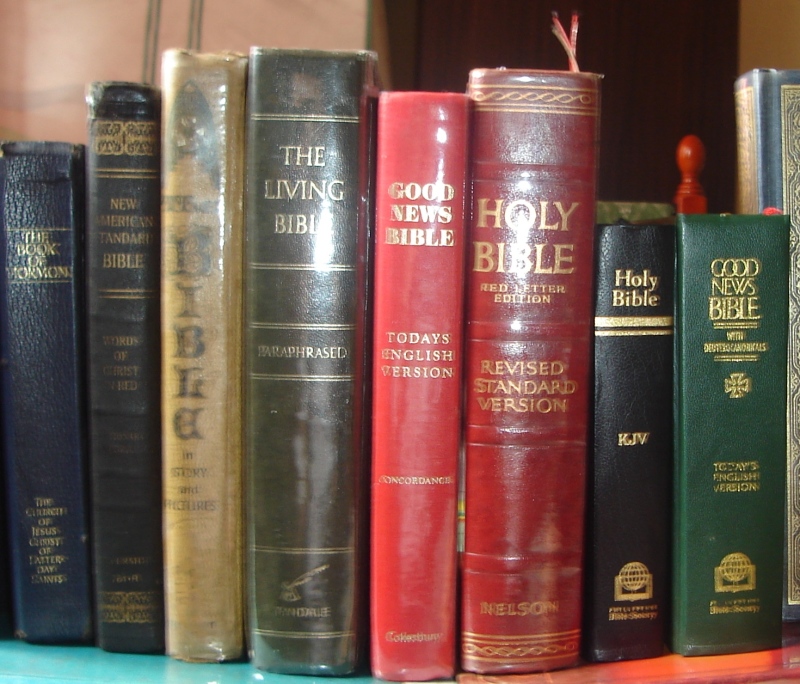 People who have questions about the Bible always seem to get around to this question. How can we know what we read in the Bible today is the same thing that was read 2000 years ago? Lee Strobel quoted Dr. Daniel B. Wallace in his book, The Case for Christianity: "We have more witnesses to the text of the New Testament than to any other ancient Greek or Latin literature...what the New Testament has in its favor, especially when compared with other ancient writings, is the unprecedented multiplicity of copies that have survived."

Strobel said there are 25,000 to 30,000 handwritten copies of the New Testament.Wallace said, "Through the first three centuries, we have nearly fifty manuscripts in Greek alone."

Having been raised in Christianity, I don't struggle with those questions, but for the questioning mind, that information, alone, should assure your mind just knowing there is a "'wealth of evidence'" for the New Testament ... and the Old Testament has similar support" (The Case for Christianity. pg 86).

Many ancient writings have survived from the first century, but none with the volume and certainty that the New Testament has claim to. That is not surprising seeing that Jesus himself said, "Heaven and earth shall pass away: but my words shall not pass away" (Mark 13:31).

For authenticity, there should be no worries for anyone who reads the Bible. According to Bible scholars, there are some minor variants in the New Testament documents (mostly spelling errors), but Strobel said, "there is only 1% of the New Testament that has some chance of affecting the meaning in some way. And even those," he writes, "are largely about insignificant issues --- with not a single doctrine of the church in jeopardy" (The Case for Christ, pg 88, 89).

Various versions may be another story. Stick with one that is as close to the original manuscript as possible. In my opinion, there are some to avoid. Especially those that have removed the virgin birth and the blood. In the Bible, Luke who investigated everything he wrote for accuracy reported that Jesus was born of a virgin. He says he writes only what could be proven from eye witnesses.

Luke wrote: "Since [as is well known] many have undertaken to compile an orderly account of the things which have been fulfilled among us [by God], exactly as they were handed down to us by those [with personal experience] who from the beginning [of Christ's ministry] were eyewitnesses and ministers of the word [that is, of the teaching concerning salvation through faith in Christ], it seemed fitting for me as well, [and so I have decided] after having carefully searched out and investigated all the events accurately, from the very beginning, to write an orderly account for you, most excellent Theophilus;" (Luke 1:1-3 AMP).

Can you trust the Bible you read today? Absolutely. Some people find it hard to understand the King James Version and that's okay. There are many versions that haven't moved from the truth, but are written in an easier-to-read format. I'm not writing to influence any particular version, but please choose one that agrees with Luke and Matthew concerning the virgin birth. Jesus was set apart in many ways, but the most appealing is that he was born of a virgin and he was resurrected after three days in the grave.