FRANKFORT, Ky. (KT) - Legislation to provide $200 million in aid to the western Kentucky counties devastated by the severe weather outbreak on Dec. 10-11 is on its way to the governor's desk after receiving final legislative approval on Wednesday, which included involving a rarely used rule.

Both the House and Senate introduced identical measures, House Bill 5 and Senate Bill 5, which would establish the West Kentucky State Aid Funding for Emergencies, or SAFE Fund, with $200 million. Of that amount, $155 million would go into the SAFE Fund for future allocation.

A total of $30 million would be earmarked for the Kentucky Department of Education for such things as wrap-around services to students and families, transportation costs to classes for students having to temporarily live in other counties, and repars to school buildings

Another $15 million is designated for the Kentucky Department of Military Affairs, Division of Emergency Management to be used for procuring temporary FEMA-eligible housing units.

The Senate version was approved by their Appropriations and Revenue Committee Wednesday morning, while the House bill was adopted in committee on Tuesday.

Rep. Myron Dossett, R-Pembroke, speaking on the House floor, noted, "Last week was the first time in my 16 years of serving here that I was unable to attend for a prolonged period of time. I'd like to thank leadership and every member of this body for your understanding of what myself and my family are dealing with, due to the tornado that struck us at home."

The House passed HB 5 on a 90-0 vote, and was sent to the Senate, where it was quickly taken up and given the okay by Senate A&R during a quickly called meeting.

Sen. Jason Howell, R-Murray, whose saw the tornado travel from the southwest to the northeast corner of his district, said, "They say a picture is worth a thousand words, but it can't tell the complete and utter devastation that a tornado brings."

Sen. Robin Webb, D-Grayson, said the entire state supports those who lost so much. "East Kentucky has shed many tears and sent up many prayers to you. Our hearts were with you during that entire event. I was on my way back from Little Rock, Arkansas, and drove through Bowling Green. It was quite a tragedy, and brought back flashbacks of the West Liberty tornadoes, which was certainly not on the scale of magnitude of what you went through."

Through a little used rule, the Senate combined HB 5 and SB 5, and gave final approval on a 32-0 vote. 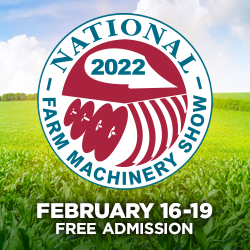